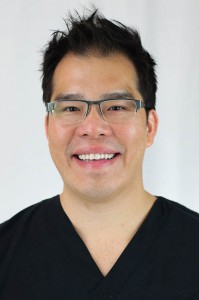 Dr. Nguyen completed a combined 6-year BA/DDS program from the University of Missouri-Kansas City in 2005. He then moved to Chicago and began working. Starting in 2007, Dr. Nguyen and Chang opened the 1st 4 Precision Dental Care offices. Today Dr. Nguyen continues to focus on adding more Precision Dental Care locations across Chicagoland. Dr. Nguyen works closely with all of Precision’s associates to ensure quality treatment is being delivered with a focus on orthodontics. He is board certified and licensed to practice in the State of Illinois. 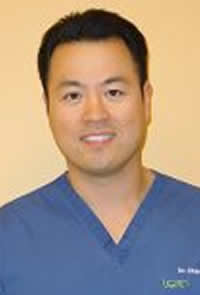 Dr. Randy Chang, DDS earned his Bachelor of Science (Biology) Degree from the University of Illinois at Urbana-Champaign. In 2001, he earned his Doctor of Dental Surgery Degree from The University of Tennessee Health Science Center. Upon graduation from Dental School, it was a natural transition for Dr. Chang to return home to begin his career in the Chicago area. He worked for two group dental practices gaining valuable experience before opening his first clinic in 2004. Dr. Chang now owns and operates eight dental clinics in the Chicago area. He consistently attends numerous continuing education courses which allows him to stay current with all of the advances in Dentistry. More importantly, Dr. Chang always tries to empathize with his patients and enjoys the fact that dentistry allows him an opportunity to help people. He is board certified and licensed to practice Dentistry in Illinois, California and Tennessee. Dr. Chang is a member of the Chicago Dental Society, the Illinois State Dental Society and the American Dental Association. 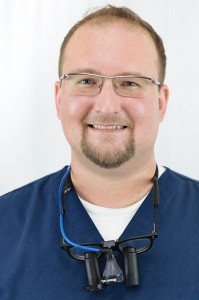 Dr. Steven Tharp grew up in the suburbs of Chicago and graduated from the University of Illinois Urbana/Campaign with a Bachelor’s degree in Molecular & Integrative Physiology. He attended the University of Illinois College of Dentistry here in Chicago, where he received his Doctor of Dental Surgery degree. Upon graduating from dental school, Steven has practiced dentistry Chicago area. Steven enjoys working in all areas of general dentistry. In his free time, he enjoys playing hockey and is a big Blackhawks fan. 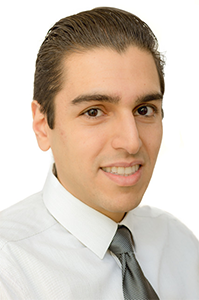 Recently, Dr. Nader had the opportunity to travel abroad and volunteer on a medical mission providing dental services to refugees in Lebanon that are suffering from the ongoing crisis in the Middle East. In his spare time, Dr. Nader enjoys running, traveling, and spending time with his wife and son. 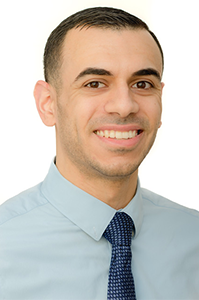 Dr. Sami was born and raised in the south side of Chicago. He earned his bachelors degree in Biological Sciences from the University of Illinois – Chicago, where he graduated Magna Cum Laude and with college honors. He then received his Doctor of Dental Medicine degree from Midwestern University – Illinois, and has since committed himself to providing only the finest dental care. He likes to participate in many continuing education opportunities and prides himself on staying current with the latest research and trends. He is always striving to improve his delivery of dentistry to patients and welcomes the interaction with patients and their families. Dr. Sami believes that above all, the dentist-patient relationship is built upon trust. He is an active member of the American Dental Association, Illinois State Dental Society, Chicago Dental Society, and Illinois Academy of General Dentistry. Dr. Sami says that dentistry will always be his commitment to life, as it is a wonderful profession. In his free time, Dr. Sami enjoys travelling, biking, hiking, playing basketball, spending time with family and friends, and is a big fan of Chicago sports. 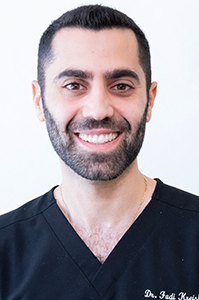 Dr. Kreisheh grew up in Chicago’s north suburbs. He attended the University of Illinois at Chicago where he earned his Doctor of Dental Medicine degree. Dr. Kreisheh is committed to providing his patients with the highest quality of dental care. Striving to keep up to date with the latest developments in dentistry, he consistently attends continuing education courses. Along with practicing all aspects of general dentistry, Dr. Kreisheh is passionate about aesthetic dentistry and helping patients achieve their dream smile.

He is a proud and active member of the American Dental Association and Chicago Dental Society. Outside of the office, Dr. Kreisheh likes long distance running and recently completed the Chicago Marathon. He also enjoys hiking, spending time outdoors, and handbuilding ceramic sculptures. 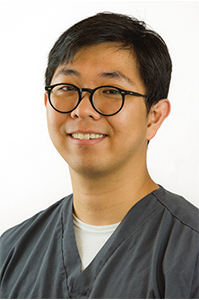 Dr. Jai Cho is a general dentist. In 2009 he earned his Bachelor of Science in biochemistry degree from the Pacific Union College in Napa, California. He received her Doctor of Dental Surgery (DDS) degree from the New York University. He has completed continuing education course in dental implants. Dr. Cho enjoys working in all areas of general dentistry including cosmetic dentistry, oral surgery and root canal treatment. Dr. Cho loves to help patients smile back with confidence and happy to answer questions. He is also a member of Academy of General Dentistry. In his free time, he enjoys watching and playing soccer. 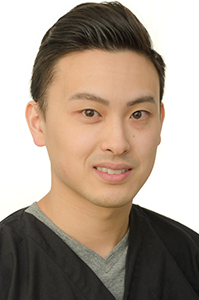 Dr. Woo graduated from Midwestern University-Illinois, where he obtained his Doctor of Dental Medicine Degree. He was born in San Francisco, California. He chose a career in dentistry to help patients attain better dental health and help them achieve the smile they’ve always wanted. He enjoys doing general dentistry and has a particularly strong interest in Implants, Oral Surgery and Cosmetic Dentistry. Dr Woo strives to develop a trusting relationship with all his patients. In his free time, Dr. Woo loves playing basketball, traveling, reading, working out, and nature watching. He also likes to give back to the community by volunteering his time to the underserved community. In the past, he has volunteered for the Illinois Mission of Mercy, been on mission trips to the Dominican Republic to provide free dental care. Dr Woo is excited meet patients and to work together towards having a happier patient and healthier smile. 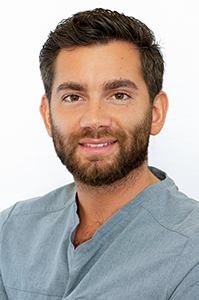 Dr. Tarek Abourass, DMD, FICOI completed his Advanced standing degree (DMD) at The University of Illinois at Chicago. He earned his Periodontology Internship Certificate and received the Chancellor’s Humanitarian Award. He then earned his Fellowship from the International Congress of Oral Implantologists. Dr. Abourass has volunteered in various humanitarian missions providing urgent oral health care to the people in need. He is a member of the American Dental Association, Chicago Dental Society and the Illinois State Dental Society. He serves on the board of the Syrian American Medical Society. He has a particular interest in the challenges that arise with prosthodontics, oral surgical procedures and pediatric treatments. He is certified in invisaling treatment and nitrous oxide sedation. In spare time he enjoys challenging sports. He is a Triathlete, a SCUBA diver and does mixed martial arts. 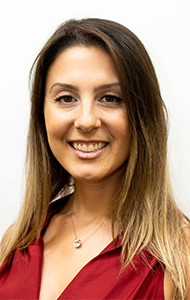 Dr. Amanda Merikas grew up in the Chicago North Shore and has spent the past 5 years practicing dentistry in Miami, FL. She enjoys caring for all of her patients dental needs ranging from prevention to esthetics. She is certified by the American Academy of Facial Esthetics for Botox and Dermal Fillers including treatment of Orofacial pain. Dr. Merikas practices evidence based dentistry and prides herself in her research conducted with 3M ESPE – Germany and Bisco, Inc. of Schaumburg, IL. Her degree in Genetics is from University of Wisconsin-Madison and Doctor of Dental Medicine from Tufts University in Boston, MA. 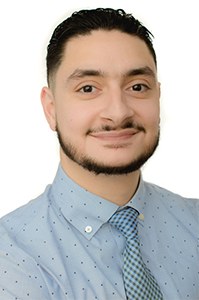 Dr. Bara Abusharara was born and raised on the south side of Chicago. He earned his bachelors degree in Biology from the University of Illinois at Chicago. He then went on to receive his Doctor of Dental Medicine degree from Midwestern University in Downers grove, where he received training in Invisalign, lasers, and comprehensive dentistry. His dedication to dentistry allows him to provide high quality care to all patients, as he is a firm believer in patient-centered and preventative care. He is a member of the American Dental Association , Chicago Dental Society and the Chicago Muslim Dental Society. Dr. Bara understands the anxiety some people have towards dental care and works with patients to overcome that anxiety to receive the care that they need to live a healthy lifestyle. In his free time Dr. Bara enjoys watching Chicago sports and traveling with his wife. 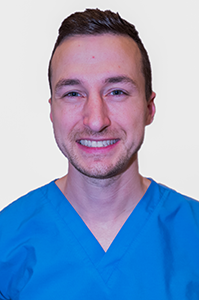 It is Dr. Ken’s mission to provide his patients with kindness, understanding, and the highest quality dentistry possible. He is diligent in his pursuit to stay current in providing the profession’s leading dental care procedures.

He is a member of the American Dental Association and the Chicago Dental Society. In his spare time Dr. Ken enjoys indoor rock climbing, going to sporting events, and traveling. 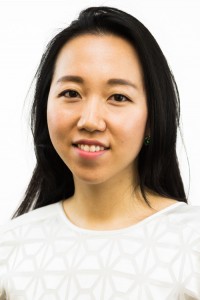 Dr. Jennifer Lee works to deliver high quality, comprehensive general dentistry to all her patients. Dr. Lee has graduated from Carnegie Mellon University with Bachelor’s degree in biological sciences and psychology. After moving to Chicago, she studied dentistry and earned her DDS at University of Illinois at Chicago. While in school, she was a recipient of Schour Research Awards to conduct research on dentin strengthening and bonding. Dr. Lee likes to keep updated with the latest news in dentistry through reading research articles and attending continuing education classes. Dr. Lee is passionate about helping her patients keep good oral hygiene and healthy smiles. 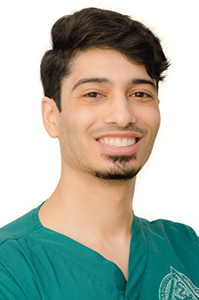 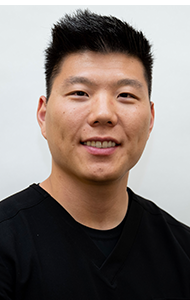 Dr. Peter Chung graduated from the University of Illinois at Urbana-Champaign, where he majored in Kinesiology. He continued his education and received a master’s degree in Biotechnology at Rush University before attending dental school at A.T. Still University – Missouri School of Dentistry and Oral Health. While in dental school, Dr. Chung received a certificate in Public Health and the recipient of the Outstanding Undergraduate Achievement in the Study of Prosthodontics Award from the American College of Prosthodontists. Dr. Chung maintains professional memberships in the American Dental Association, Illinois State Dental Society, and Chicago Dental Society.